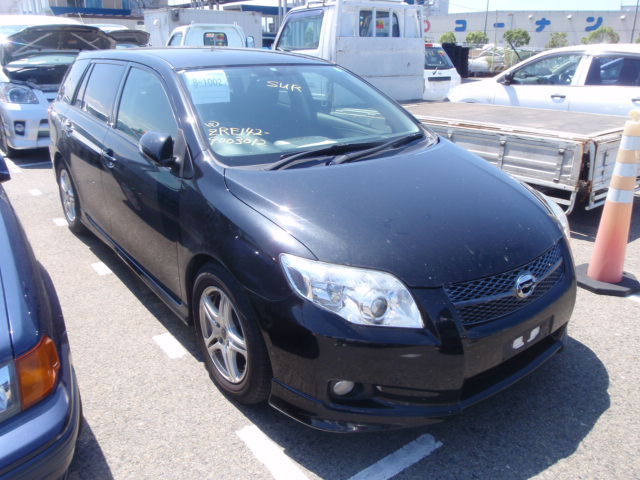 Toyota Allion a compact, mid-sized sedan has a lot of space for the passengers at the back-seats. As the target market for Toyota Allion is the younger generation there it has a youthful smart look. These Toyota used cars has proved to keep the promise of its name i.e. “All-in-one.” The first model of Toyota Allion was launched on December 25, 2001 as a replacement of Toyota Carina, which was the model that appeared in 1970 for the first time. With comparison to Toyota Premio which was the more elegant version, used Toyota Allion to be the great choice for the younger buyers. Therefore both Toyota Allion and Premio were launched at the same time, with the same engine an interior. Both Toyota Premio and Toyota Allion used to be Toyota’s efforts towards covering the B-segment sedan market from shrinking further.

Toyota Allion can be best modified with front spoilers and rear mounted trunk wings. Additionally ground effect body parts to improve the vehicles appearance specifically designed and sold by Toyota motors. Used Toyota Allion or new all has the features of titling both front and rare seats. The Allion used to be the best car for Taxi usage, driving school and law enforcement versions. In the year 2004, Toyota Allion received a modest restyle with the introduction of new style of backlights with LEDs. In the second edition which was introduced on June 4, 2007, when Toyota used to offer modification in appearance at local dealers, with All Wheel Drive offered on vehicles equipped with the 2ZR-FE 1800 cc direct injection engine. In 2007 Toyota updated Allion mid-sized sedan for the Japanese Domestic Market. By this Toyota Allion 2007 was not been seen anywhere outside Japan. Only an individual who is wealthy enough to import it at an extremely expensive price can drive this exclusive car. 2007 of used Toyota Allion (http://www.sbtjapan.com/kp-toyota-allion) to be considered as the Japanese Toyota Avensis’ Sibling as they all use the same platform and shared several of parts and components. With a pretty basic interior, there was an Engine Start/Stop button which should demonstrate to be a favorite for those who are gadget lovers. A gated shifter also includes a stylish touch. There were only few trim to choose from, a red wood, a lighter wood, and few more. There was no silver aluminum type trim in sight through. There were many storage compartments, one in the middle of front seats as the center console and the other in the door panel. 2007 model of Allion used to be less up-market than the model it replaced. It was available with a 109 horsepower 1NZ-FE 1500 cc or a 136 horsepower 2ZR-FE 1800 cc engine, with 2 and 4 wheel drive configurations. The best fuel efficiency measured after few miles of used Toyota Allion from Japan gives 18 km per liter. On the other hand the least fuel economical version goes 15 km per liter.
Share on Facebook Share on twitter