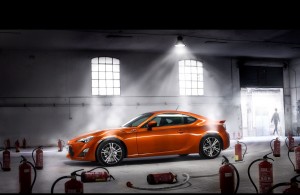 This article will highlight all the basics for Japanese used car s sale in different countries. Let’s start from Australia.

The import and Japanese used cars sale implies with a very strong control in Australia. To Import from Japan through a used car from dealer, it must be either manufactured before January 1, 1989 or it should be a private import, or imported in the RAWS i.e. Registered Automotive Workshop Scheme. Utilizing the professional workshop limited to 100 vehicles each to certify that any Japanese used car imported through a dealer should meet safety and emission standards, called ADR i.e. Australian Design Rules. Along with this, only those Japanese used be sold or imported those are recorded on the approved list of SEVS. Although going through RAW increased the costs of importing Japanese used car for dealer but it is compulsory for importing. Individuals, importers and dealers for Japanese used cars sale will find it feasible but there are the constraints of costs and choice.

There is a big share for Japanese used cars sale in Pakistan. The import laws in Pakistan are also very wicked. No car which is older than 3 years can be import in Pakistan, even if someone tries to use the gift and luggage schemes. In Japan used car dealers are mostly individuals from Pakistan. There is a special room for exporting used cars from Japan to Pakistan.

In Ireland the importing Japanese used cars the dealers have to face comparatively loose laws. To counter down the import from Japan for used cars sale and purchase, the Irish Revenue Commissioners have applied the VRT i.e. Vehicle Registration Tax on all new and imported cars. VRT raise the costs of importing a car and that’s the way the country control the import. However the country is open for anybody, an individual or Japanese used car Dealer to sale, purchase or import a car from Japan.

New Zealand has comparatively relaxed laws for importing from Japan a used car for sale but recently the government has provided a schedule to increase the emission and safety standards. Beside Customs and Bio-security clearance, a Japanese used car sold and imported to New Zealand must be certified from TSDA i.e. Transport Services Delivery Agent. TSDA includes checking paper data and physical data meet safety, emissions, and possibly fuel consumption standards. Despite of new higher standards may have affected the volume still, for dealers importing Japanese used cars sale is very easy in New Zealand.

No matter every country have its own rules and regulation implied over the Japan used cars (http://www.sbtjapan.com/) sale and import, still the high quality, proper maintenance, strict emission laws for of used cars in Japan, the Japanese used car dealers all over the world believe that no matter what it cost to import, the value they will pay worth it.